CBET nr.2583, issued on 2010, Dec. 12, announced the discovery of a spiral like structure around main belt asteroid (596) Scheila by Steve Larson in the course of Catalina Sky Survey (CSS) through the Catalina 0.68-m Schmidt telescope, on images obtained on 2010, Dec. 11.4. The cometary appearance has been confirmed by other observers.
In the Catalina images, the "coma" is bright (Vtotal~13.5), and extends some 2 arcmin north and 5 arcmin west from the central condensation. 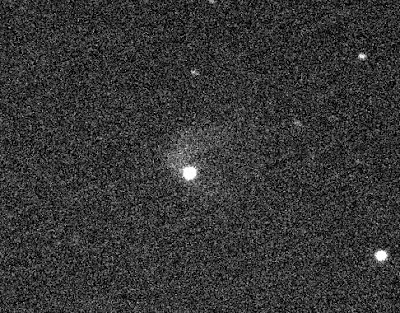 According to the "Dictionary of Minor Planet Names" by Lutz D. Schmadel, (596) Scheila was discovered on 1906 Feb. 21 by A. Kopff at Heidelberg. Named in honor of an acquaintance of the discoverer, an English woman student in Heidelberg. (596) Scheila is a main-belt asteroid inclined roughly 14 degree on the ecliptic and it is now 3.1AU from the Sun and 0.8AU out of the ecliptic. With an absolute magnitude H8.9 the estimated diameter is 113Km.

So this object is a potential new member of the recently recognized class of main-belt comets introduced by Jewitt & Hsieh in 2006 . These objects are remarkable for having both the orbital characteristics of asteroids and the physical characteristics of comets: they look like comets because they show comae and tails but they have orbits interior to Jupiter's and Tisserand parameters substantially larger than 3, like asteroids. 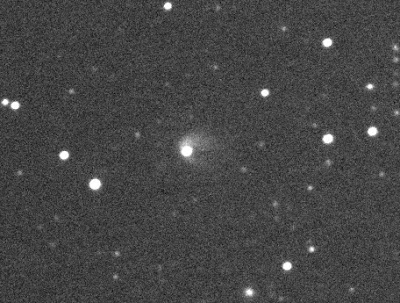 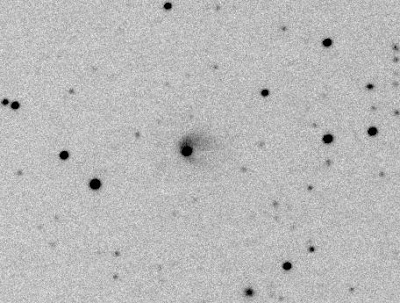