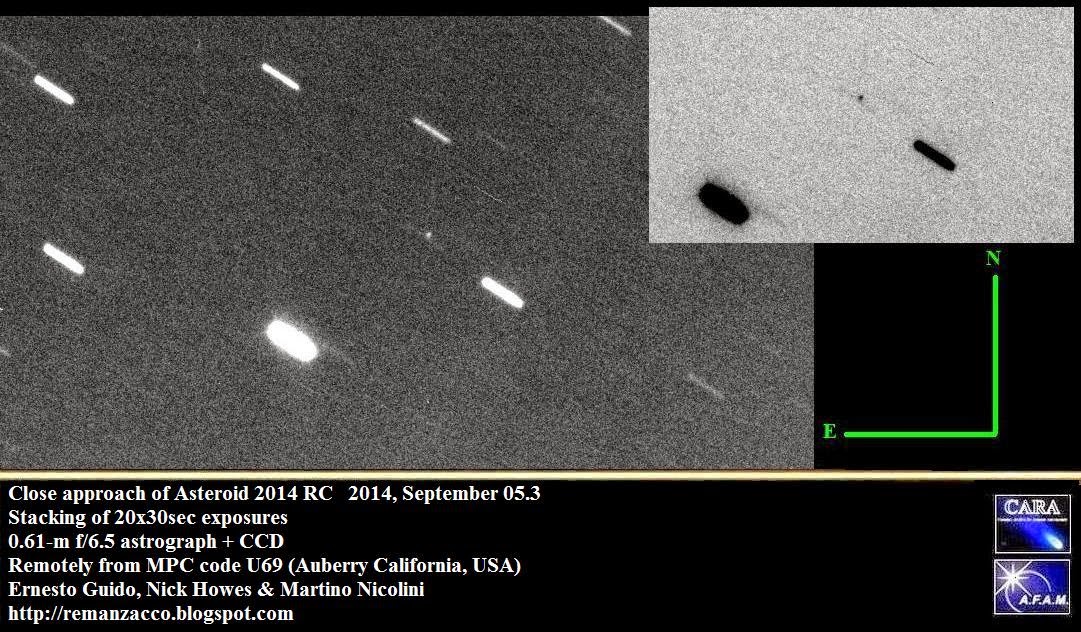 The graphic below depicts the passage of asteroid 2014 RC past Earth on September 7, 2014. At time of closest approach, the space rock will be about one-tenth the distance from Earth to the moon. Times indicated on the graphic are Universal Time.