According to the preliminay orbit, 2015 KQ154 is an Amor type asteroid. Amor asteroids are a group of Near-Earth objects with orbits similar to that of 1221 Amor (1.017 AU < q < 1.3 AU). They approach the orbit of Earth from beyond, but do not cross it. Most Amors do cross the orbit of Mars. Click on the image below to see the orbit types of the different groups of Near-Earth asteroids. 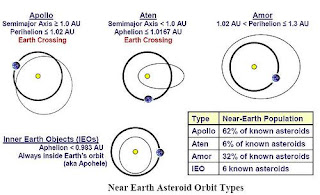 Congrats to SONEAR team for the discovery of 2015 KQ154, that is the thirteenth Near Earth Object discovered by their survey.