According to the preliminay orbit, 2014 KP4 is an Apollo type asteroid. This class of asteroids are defined by having semi-major axes greater than that of the Earth (> 1 AU) but perihelion distances less than the Earth's aphelion distance (q < 1.017 AU). It is also flagged as a "Potentially Hazardous Asteroid". PHA are asteroids larger than approximately 100m that might have threatening close approaches to the Earth (they can come closer to Earth than 0.05 AU).

We performed some follow-up measurements of this object on 2014, May 20.6, remotely from the Q62 iTelescope network (Siding Spring) through a 0.50-m f/6.8 astrograph + CCD + focal reducer. Below you can see an animation showing the fast movement (the object was moving at 6.5 "/min) of 2014 KP4 on the the sky on May 20, 2014. Each frame is a single 15-second exposure. Click on the thumbnail below to see the animation (East is up, North is to the right):

Below you can see the discovery images of 2014 KP4 by SONEAR survey.

Cbet nr. 3868, issued on 2014, May 16, announces the discovery of an apparently asteroidal object (~ magnitude 18.2) on CCD images taken on 2014, May 09.3 by R. J. Sanders with the Catalina Sky Survey's 0.68-m Schmidt telescope. This object has been found to show cometary appearance by observers elsewhere. The new comet has been designated C/2014 J1 (CATALINA).

We performed follow-up measurements of this object, while it was still on the neocp. Stacking of 50 unfiltered exposures, 15-sec each, obtained remotely on 2014, May 16.4 from Q62 (iTelescope network, Siding Spring) through a 0.70-m f/6.6 CDK astrograph + CCD, shows that this object is slightly diffused. The FWHM of this object was measured about 20% wider than that of nearby field stars of similar brightness (at the moment of our imaging session the Moon - 0.98 phase - was just about 40 degree away from the comet). 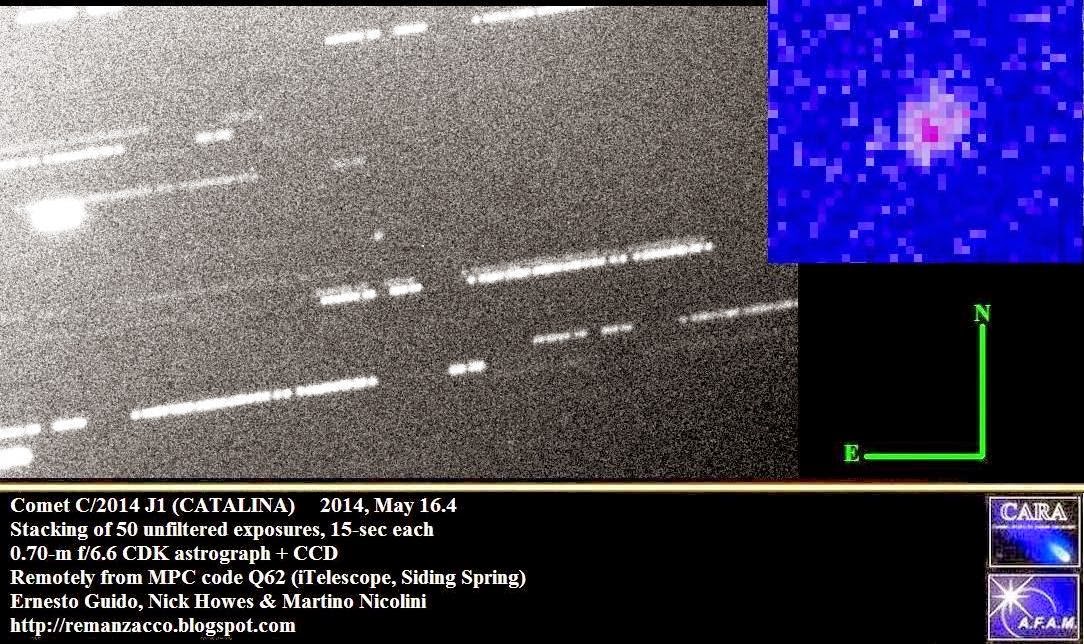 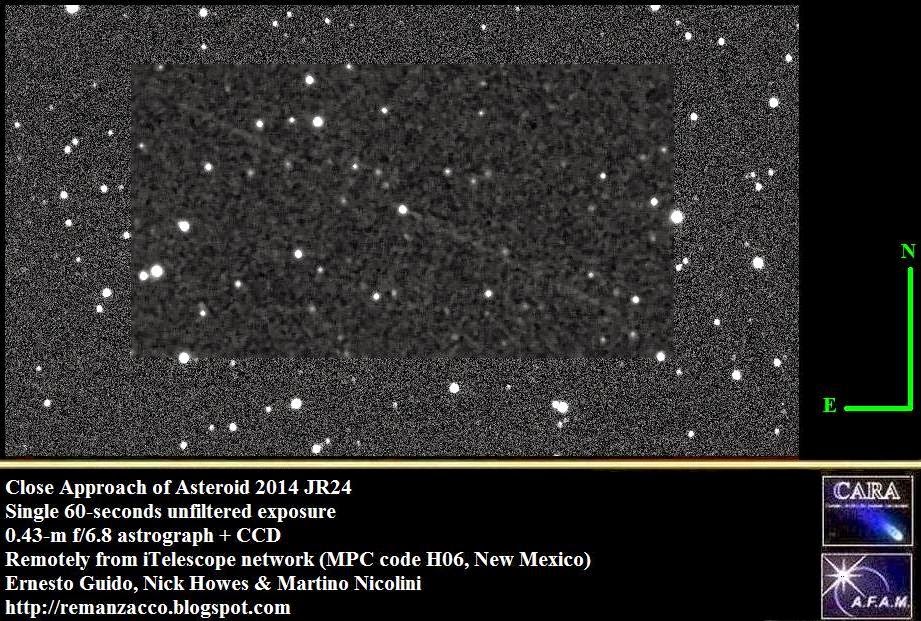 Below you can see a short animation showing the movement of 2014 JR24 (two consecutive 60-second exposure). Click on the thumbnail for a bigger version: 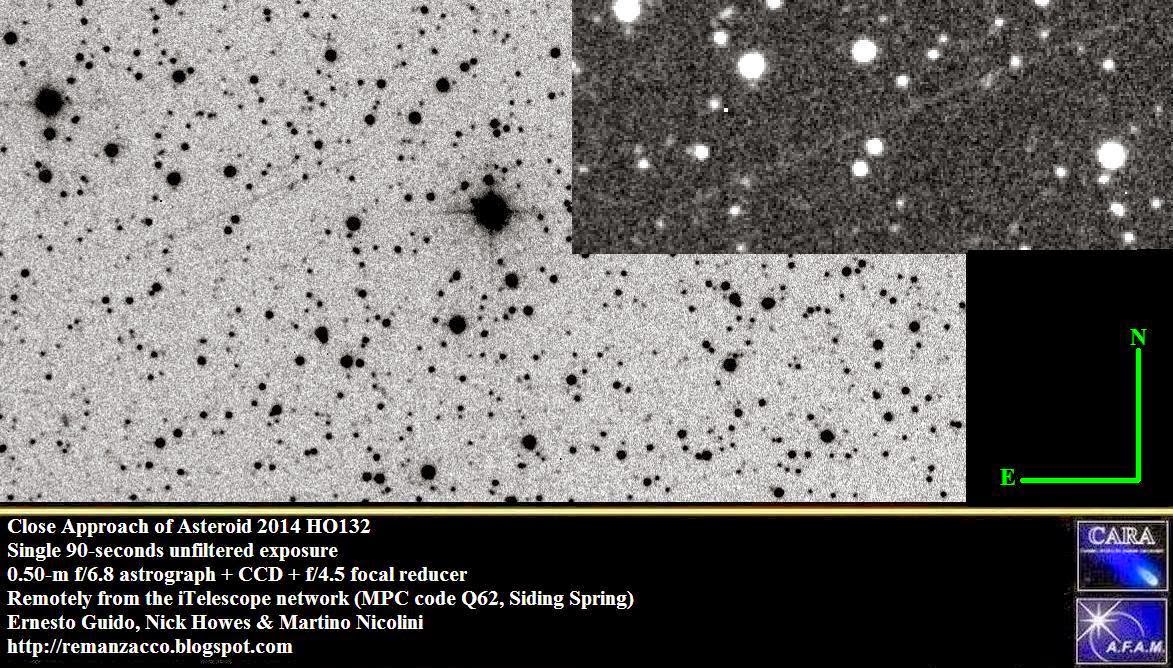 Below you can see a short animation showing the movement of 2014 HO132 (three consecutive 90-second exposure). Click on the thumbnail for a bigger version: