Cbet nr. 3783, issued on 2014, January 16, announces the discovery of an apparently asteroidal object (discovery magnitude ~18.1) by Cristovao Jacques, Eduardo Pimentel, and Joao Ribeiro de Barros on CCD images obtained on Jan. 12.0 UT with a 0.45-m f/2.9 reflector of the Southern Observatory for Near Earth Research (SONEAR) at Oliveira, Brazil. The object has been found to show cometary appearance by CCD astrometrists elsewhere and then also by Jacques et al. The new comet has been designated C/2014 A4 (SONEAR).

We performed follow-up measurements of this object, while it was still on the neocp.

Stacking of 19 unfiltered exposures, 90-sec each, obtained remotely from MPC code Q62 (iTelescope, Siding Spring) on 2014, January 13.4 through a 0.50-m f/6.8 astrograph + CCD, shows that this object is a comet: small coma nearly 5 arcsec in diameter with a hint of elongation toward North-East.

Below our confirmation image obtained with Faulkes South. Click on it for a bigger version. 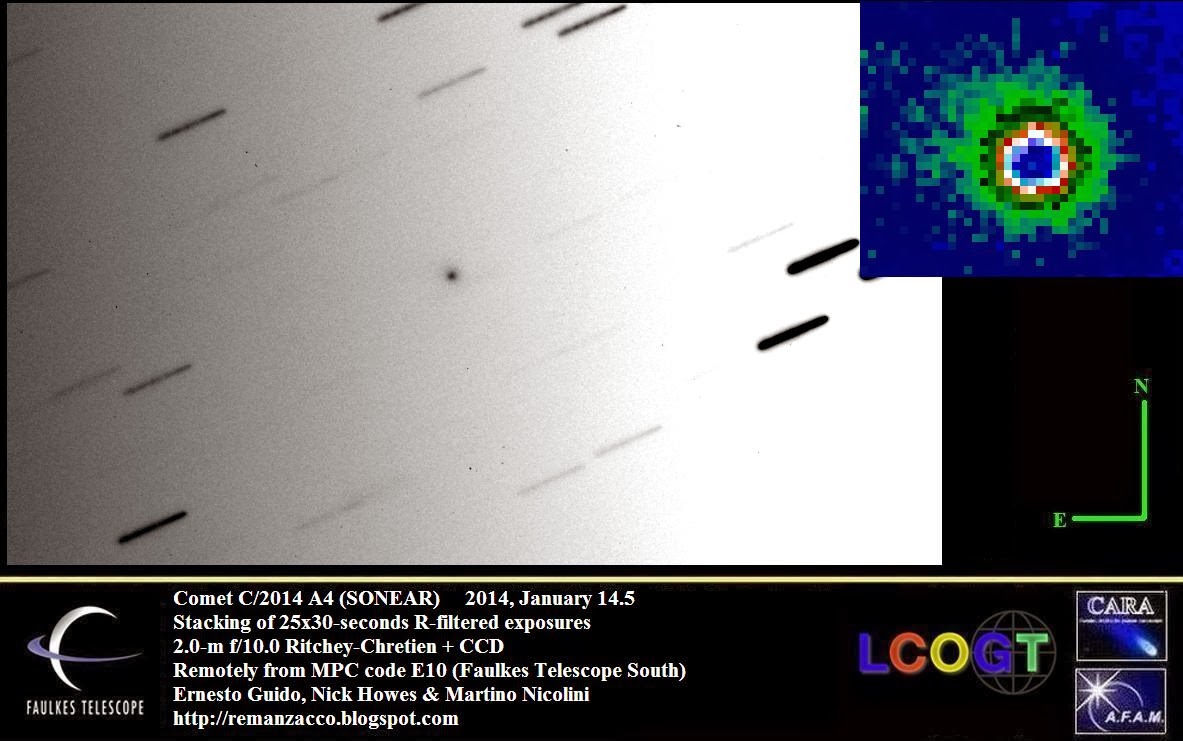 Big congratulations to our friends Cristovao, Eduardo & Joao Ribeiro for this discovery!!

The discoverers dedicated this new comet to two great comet observers that are not among us anymore: Vicente Ferreira de Assis Neto & Giovanni Sostero.

You can read here the discovery story written by Cristovao Jacques.

Congrats guys you are doing some great work there!

Very, very proud of Cristovao and his team. He so well deserve it!!!