We performed follow-up measurements of this object, while it was still on the neocp. Stacking of 19 unfiltered exposures, 30-sec each, obtained remotely from MPC code Q62 (iTelescope, Siding Spring) on 2014, March 13.6 through a 0.50-m f/6.8 astrograph + CCD, shows that this object is a comet: very bright coma nearly 2 arcmin in diameter elongated in PA 10.

Our confirmation image (click on it for a bigger version). 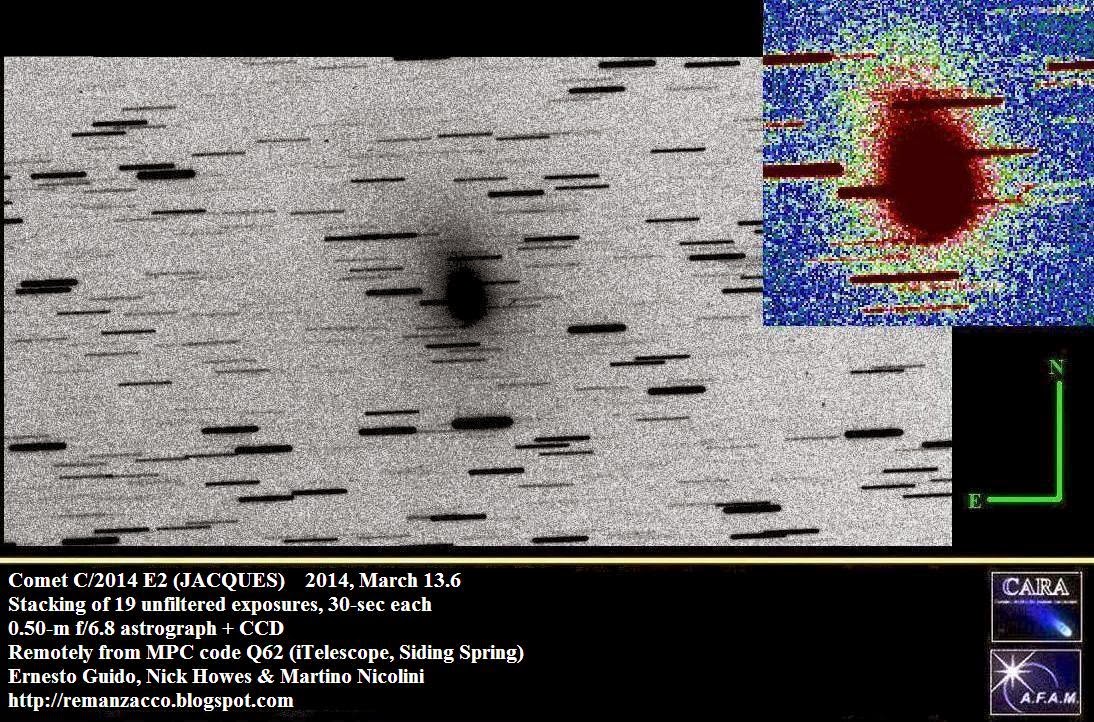 Big Congrats to our friend Cristovao Jacques and all the SONEAR team for the discovery of their second comet! Click here to find more info about their first comet.


Below you can see a graph generated using the software Orbitas and showing the predicted magnitude (in red) versus the elongation (click on the image for a bigger version). A word of caution: as always with comets, the future magnitudes reported here are only indicative. 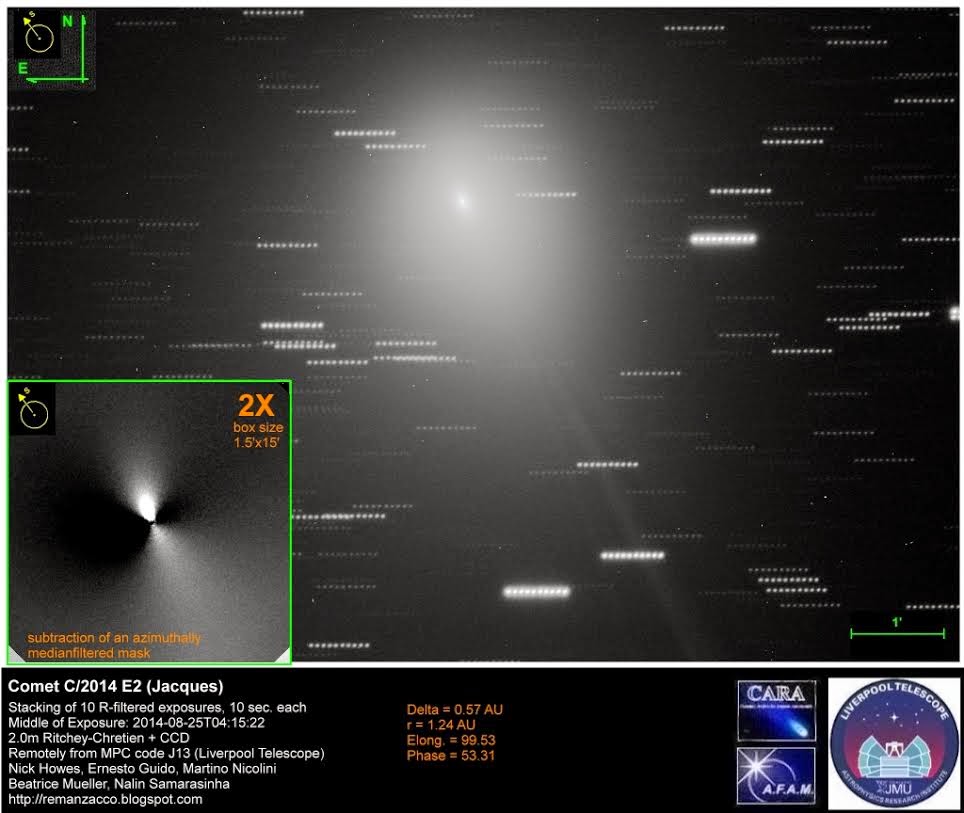