We performed follow-up measurements of this object, while it was still on the neocp. Stacking of 14 unfiltered exposures, 60-sec each, obtained remotely on 2015, March 27.7 from Q62 (iTelescope network - Siding Spring) through a 0.43-m f/6.8 astrograph + CCD, shows that this object is a comet with a sharp central condensation surrounded by a coma about 8" in diameter and a tail about 15" long in PA 237. 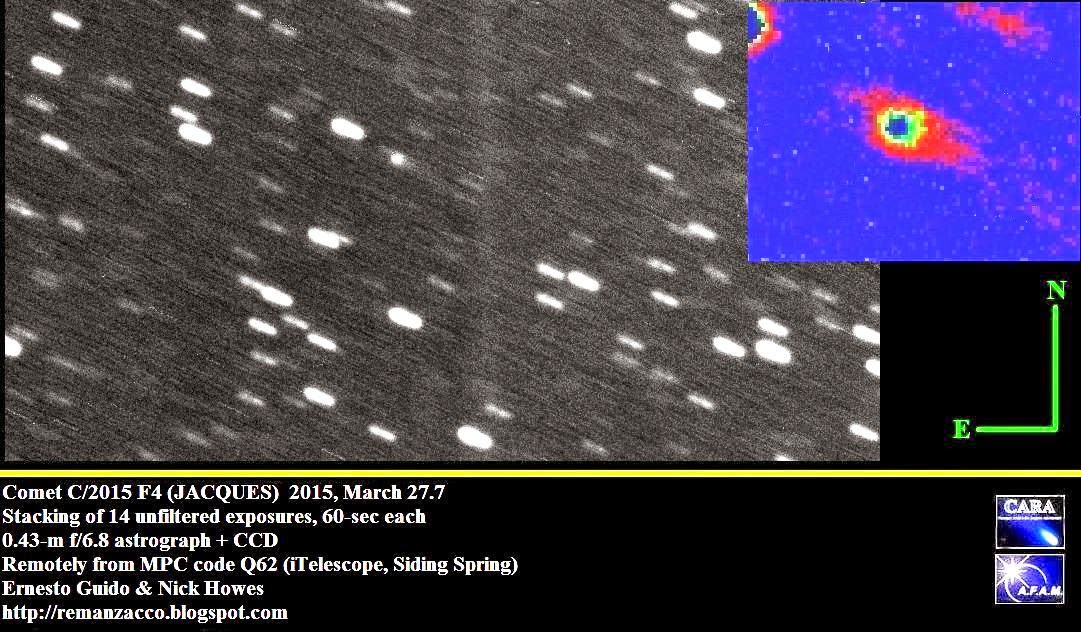 
by Ernesto Guido & Nick Howes
Pubblicato da Team a 11:56 AM