I performed follow-up measurements of this object, while it was still on the neocp. Stacking of 10 unfiltered exposures, 30 seconds each, obtained remotely on 2017, March 10.7 from Q62 (iTelescope network) through a 0.50-m f/6.8 astrograph + CCD + focal reducer, shows that this object is a comet with a diffuse coma nearly 15 arcsec in diameter. 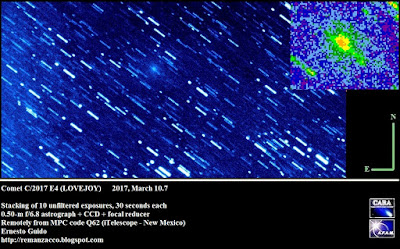