A new bright comet diving into the Sun has been discovered on Nov. 13th by Masanori Uchina using the images taken by SOHO spacecraft. This object belong to the famous Kreutz-group, a family of sungrazing comets that are named after German astronomer Heinrich Kreutz who first studied them in the details. These comet fragments passes extremely close to the Sun at perihelion and usually they completely evaporated during such a close approach.

As expected, this sungrazing comet has not survived the close encounter with the sun. 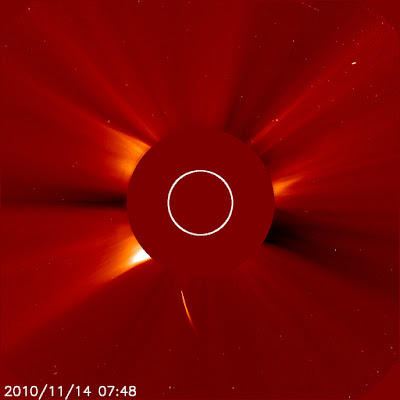