We performed some follow-up measurements of this object, while it was still on the neocp. Stacking of 13 R-filtered exposures, 10-sec each, obtained remotely, from the Haleakala-Faulkes Telescope North on 2012, July 23.5, through a 2.0-m f/10.0 Ritchey-Chretien + CCD, shows that this object appears "soft" compared to the nearby field stars of similar brightness (stellar FWHM of 1.0") and elongated toward PA 260.

Our confirmation image in false color to enhance the coma and its elongation. 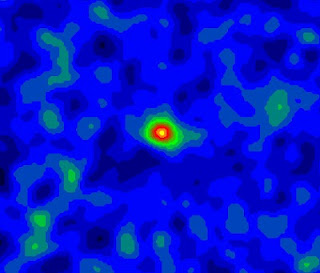