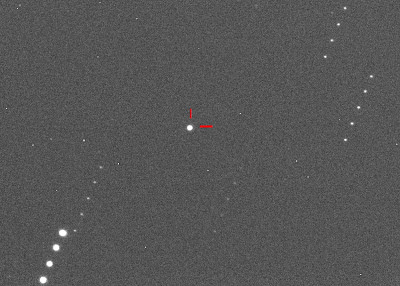 Below you can see a short animation showing the movement of 2012 QC8 (each frame is a 5-second exposure). Click on the thumbnail for a bigger version: