Below you can see our image, stack of 5x20-second exposures obtained at the twilight (few minutes before the sunrise) with the Sun only 10 degree below the horizon and the comet +27 degree above the horizon (click on the image for a bigger version). 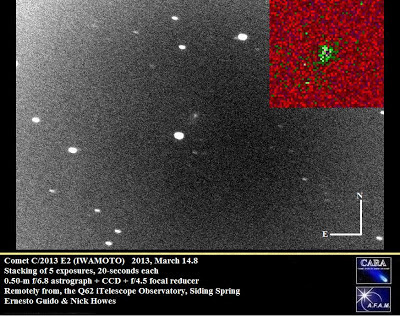 Below you can see a short animation (composed of 5x20-seconds exposures and spanning 5 minutes) showing the movement of the comet. Click on it for a bigger version.

Our new image of comet C/2013 E2 (IWAMOTO) obtained remotely from iTelescope Observatory in New Mexico (MPC code H06) on March 15.5. Click on the image below for a bigger version. 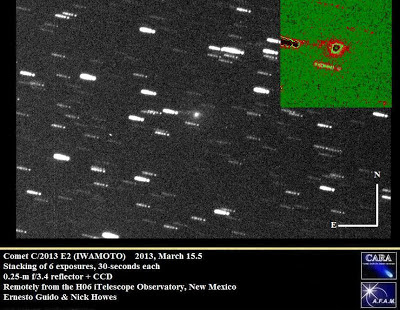 it is much smaller than I expected :((