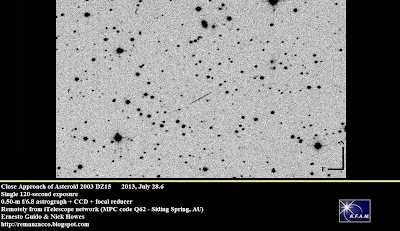 Below you can see a short animation showing the movement of 2003 DZ15 (three consecutive 120-second exposure). Click on the thumbnail for a bigger version: