Following the posting on the Central Bureau's Transient Object Confirmation Page about a possible Supernova in the barred spiral galaxy Messier 61 (or NGC 4303 - TOCP Designation: PSN J12215757+0428185) we performed some follow-up of this object through a 0.10-m f/5.0 astrograph + CCD from MPC Code H06 (iTelescope, New Mexico).

On our images taken on October 30.5, 2014 we can confirm the presence of an optical counterpart with unfiltered CCD magnitude 13.2 and at coordinates: 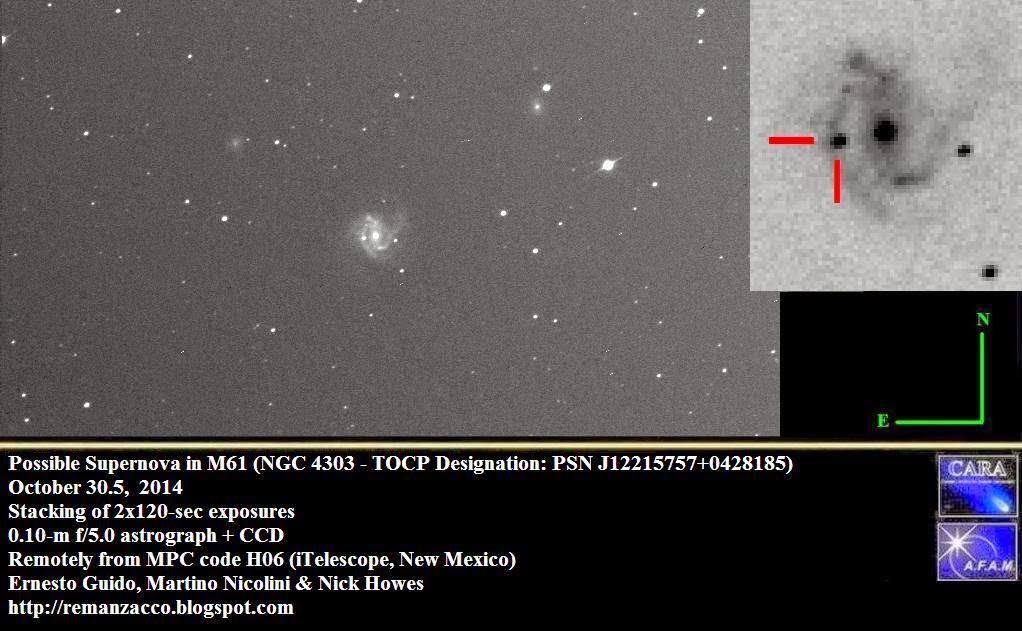 An animation showing a comparison between our confirmation image and the archive POSS2/UKSTU plate (IR Filter - 1991). Click on the thumbnail below for a bigger version:


This SN will have an official designation as soon as CBAT will issue its circular. Including this one, the total number of supernovae observed in M61 arrives to 7. 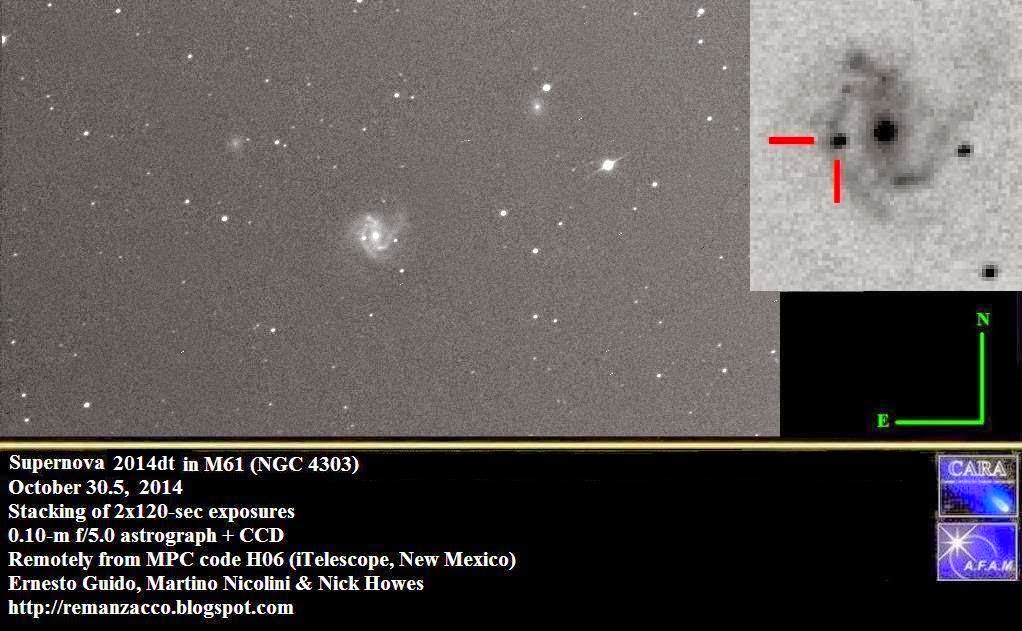