Cbet nr. 3260, issued on 2012, October 18, announces the discovery of a new comet (discovery magnitude 20.1) by Tomas Vorobjov on three 120-s images that he took on October 15 remotely with Alexander Kostin (Houston, TX, U.S.A.) using a 0.81-m f/7 Ritchey-Chretien reflector located at the Mt. Lemmon SkyCenter via the Sierra Stars Observatory Network. The new comet has been designated P/2012 T7 (VOROBJOV).

We performed some follow-up measurements of this object, while it was still on the neocp. Stacking of 3 R-filtered exposures, 120-sec each,obtained remotely,from Haleakala-Faulkes Telescope North on 2012, Oct. 18.43, through a 2.0-m f/10.0 Ritchey-Chretien + CCD under good seeing conditions, shows that this object is a comet: narrow tail nearly 15" long in PA 270 elongated coma 6"x4" in the same direction
Our confirmation image (click on the image for a bigger version): 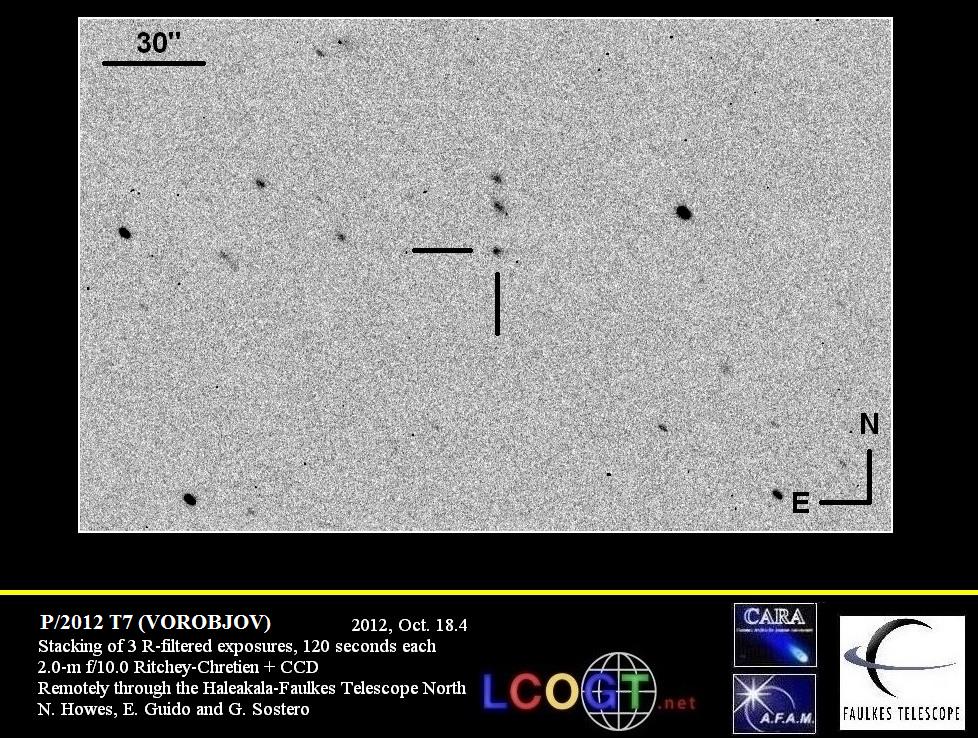