Below you can see our image, stack of 10x5-second exposures taken with the FTS, taken with the asteroid at magnitude ~16 and moving at ~16"/min. At the moment of the close approach on December 01, 2012 XZ6 was moving at ~ 19"/min. Click on the image below to see a bigger version. (North is up and East is to the left). 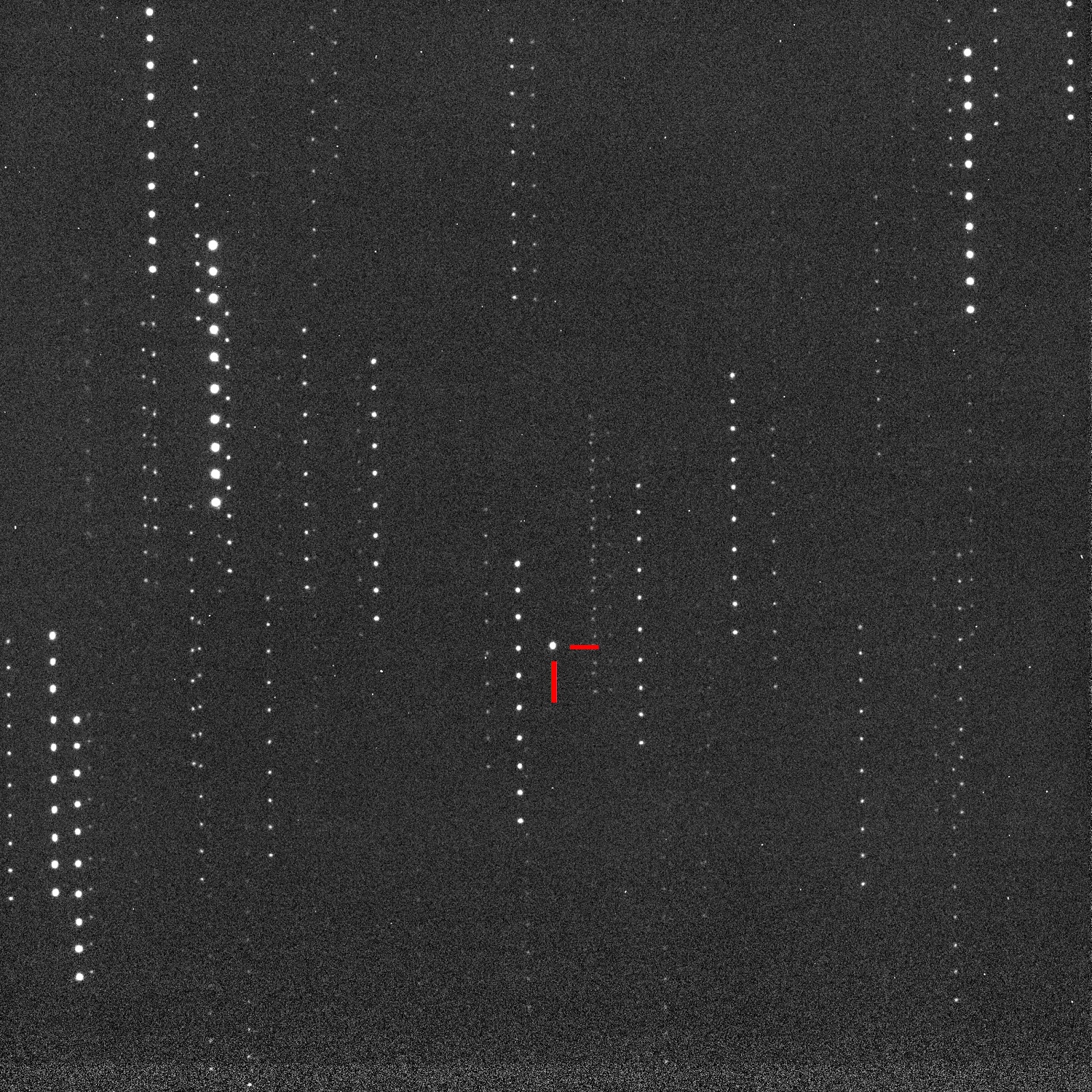 Below you can see a short animation showing the movement of 2012 XZ6 (10x5-second exposures). Click on the thumbnail for a bigger version: